After battling for over two hours, firefighters knocked down a stubborn commercial fire and protected neighboring businesses from damage.

At 11:32AM on July 24, 2020 the Los Angeles City Fire Department responded to a reported structure fire at  9041 W Pico Blvd. Firefighters arrived to find a 100’ x 50’ commercial building with heavy smoke showing.

Firefighters quickly threw ground ladders to the building, took a fire attack line inside and ascended the aerial ladder to initiate vertical ventilation.  After working an aggressive, offensive attack for 28 minutes the conditions continued to deteriorate and the Incident Commander made the call to move to a defensive operation.

With master streams applying copious amounts of water into the structure, using the collapsed roof as a way to access the pockets of fire, crews gained the upper hand. 115 firefighters, working under the command of Assistant Chief Dean Zipperman, extinguished this Greater Alarm structure fire in two hours and 13 minutes. One firefighter was transported to the hospital for a non-life threatening heat related illness.

While no evacuations of the area were required, there was one home to the rear of the fire unit which was blanketed with the smoke. An elderly couple was sheltered in place and two paramedics stayed with them to ensure they were safe. They did not require any medical treatment and the home remained free of smoke.

One of the operations firefighters conduct at structure fire is called, Salvage. This entails covering, removing or otherwise protecting contents of a structure, as best as possible, from suffering damage during an emergency. This usually happens inside of a home; however, at this incident firefighters took the initiative to cover three vehicles with tarps. The cars were right in the middle of the fire ground and would likely be dinged or damaged in some way. 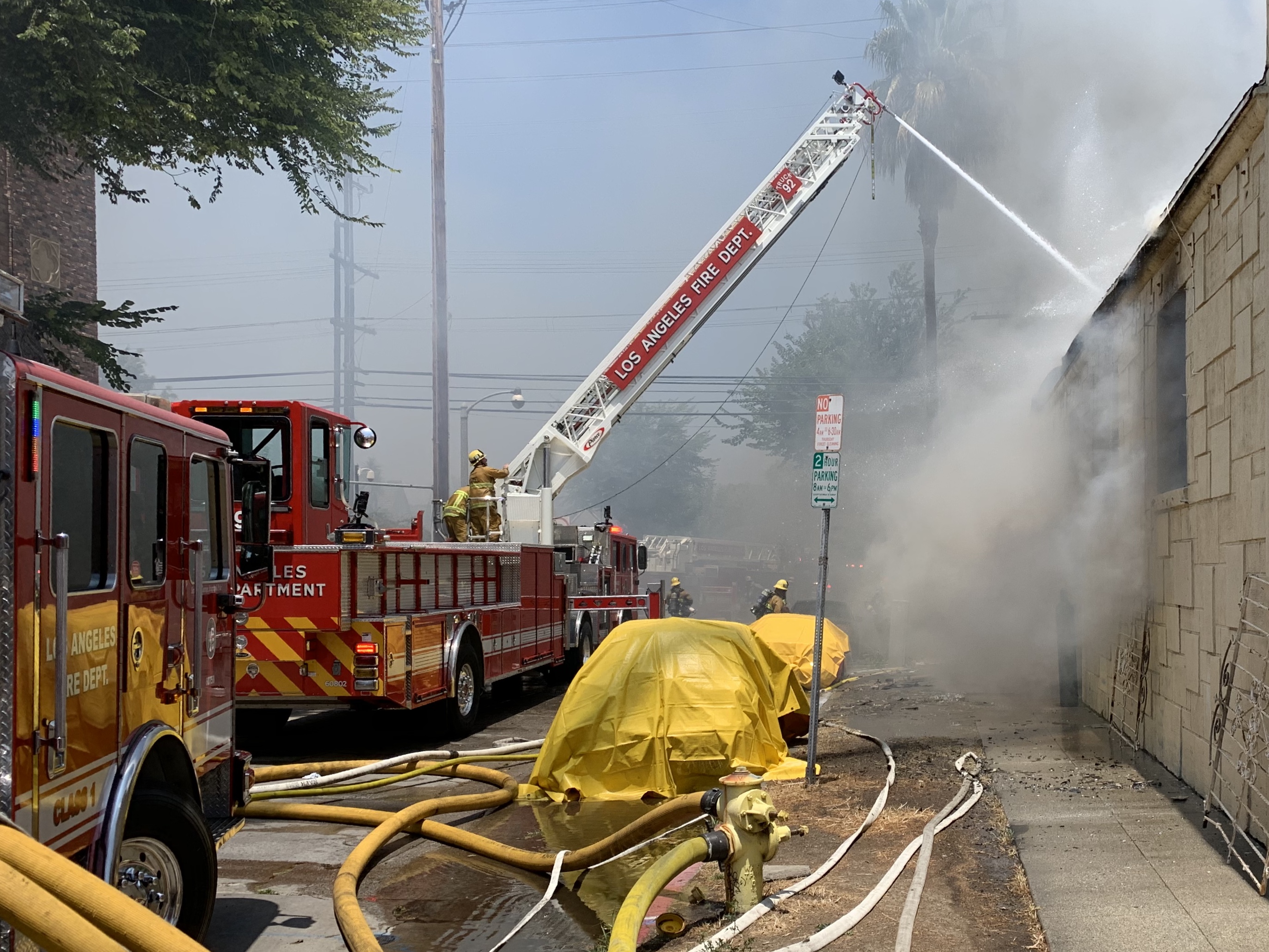 The initial stages of the cause investigation, by LAFD Arson and Counter-Terrorism Section, revealed evidence of a possible drug operation in the structure. The investigation remains active and on-going.